ApuXan® stimulates the immune system in a controlled manner

How the immune system fights viral infections such as the corona virus (SARS-CoV-2)?

The immune system is the body’s own protective system for the defence against foreign or toxic substances or pathogens such as viruses.

Our immune system can fight viruses in two ways: 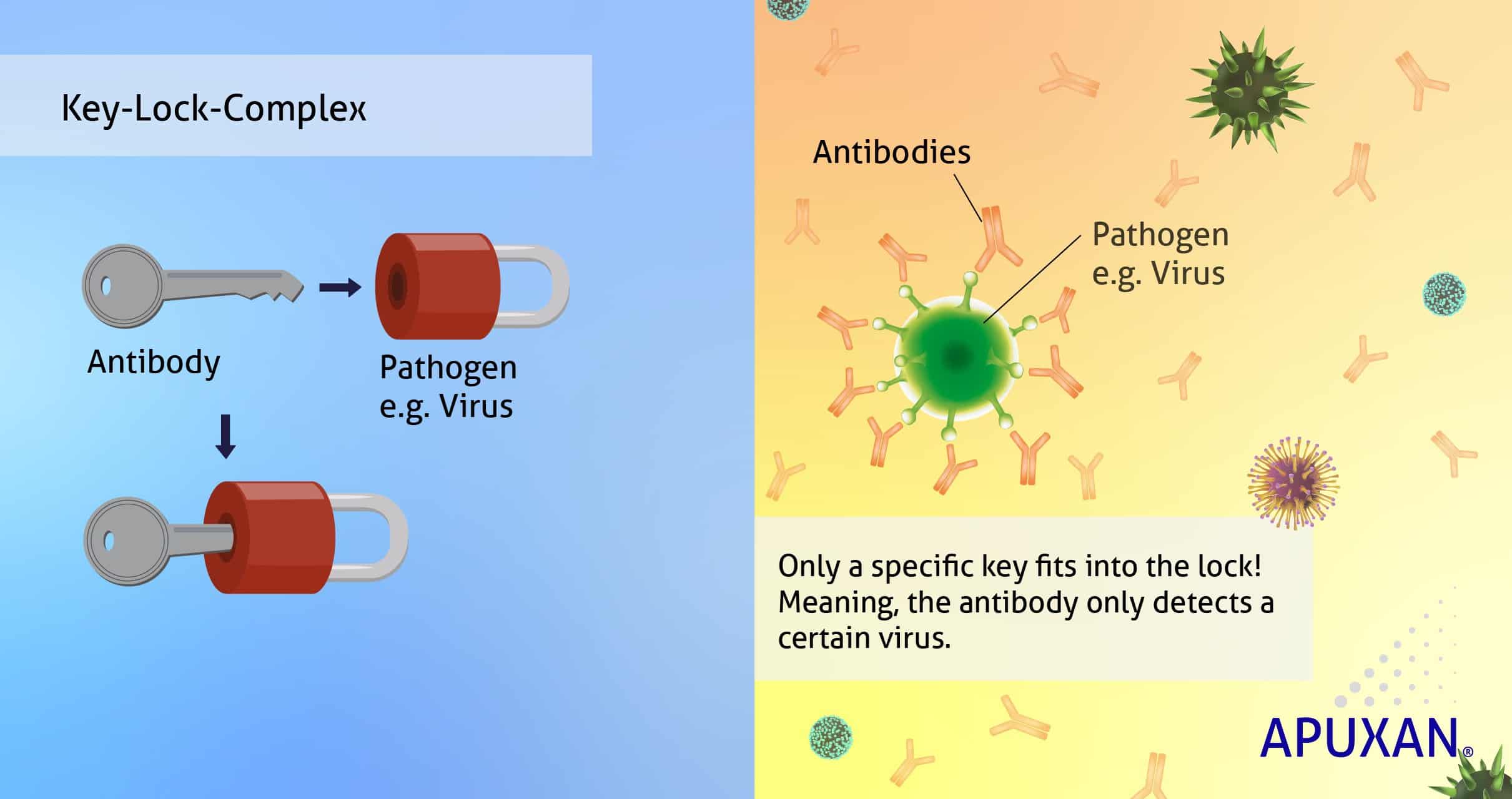 Figure 1: Only certain specific antibodies fit to a pathogen (e.g. virus), just as only a certain key fits to a lock

To defend against pathogens (e.g. viruses or bacteria), defence cells in our body produce tailor-made antibodies called neutralising antibodies. These circulate in the blood and can quickly recognise, bind and kill pathogens. It takes about five days from the beginning of the virus infection until a sufficient number of suitable antibodies are available.

However, the antibodies only recognize a specific virus. Only this one virus fits exactly like a key into the antibody lock (Figure 1). If the virus (mutation) changes, e.g. during a flu epidemic or in the following year, new antibodies must be produced by the organism. This means that we have to survive a viral infection each time before antibodies are formed that protect us from the same virus during the next infection. If the virus changes, we have no protection against the next infection.

According to Prof. Drosten (head of the Institute of Virology at the Charité Berlin), T-killer cells are the actual reason why viral diseases such as “corona disease” are stopped. They recognise body cells affected by the virus and immediately cause their destruction and removal from the body. This also makes these viruses harmless, which are already in the body cell (see figure 2). 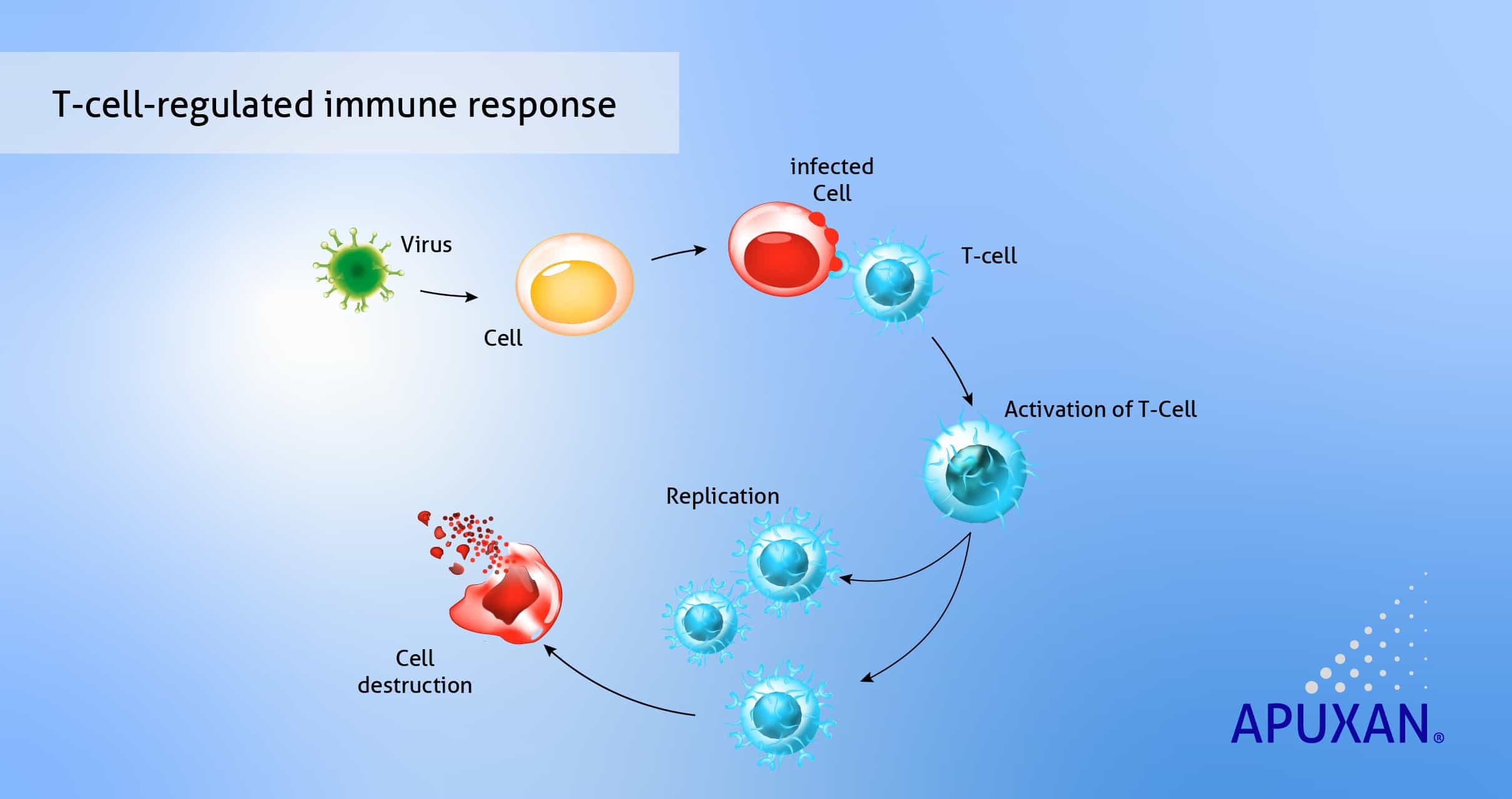 However, the formation of T-killer cells occurs only after days of infection with e.g. SARS-CoV-2 (corona virus) and can often be too late for people who belong to the risk group. A similar example is the SARS pandemic that spread from southern China in 2002/2003. SARS is also transmitted by corona viruses and causes severe acute respiratory syndrome. In the SARS pandemic, 80-90% of infected patients were found to have a sharp drop in T-killer cells compared to the healthy control group [3]. Thus, SARS has reduced the T-killer cells to such an extent that the body’s own immune response is weak.

This is the reason why patients with a weakened immune system belong to the risk group and are particularly at risk for severe disease progression. This includes patients who suffer from diseases that are associated with an immune deficiency, e.g. chronic inflammatory bowel diseases, tumour diseases or by taking medication that weakens the immune defence, e.g. cortisone. Elderly people and patients with other pre-existing conditions, e.g. diabetes mellitus, asthma, are also particularly at risk.

The delayed immune response by means of T-killer cells is thus the cause of the delayed destruction of the virus and can thus lead to death in the worst case. It is therefore necessary to prepare the immune system for an infection – to train it in a controlled way.

How does ApuXan® stimulate the immune system in a controlled way?

The spray ApuXan® is applied into the oral mucosa and under the tongue. Special immune cells (Langerhans cells, a subtype of dendritic cells) patrol the oral mucosa. The Langerhans cells recognize the active substance beta 1-3/1-6 -glucan of ApuXan as a quasi-pathogenic (foreign substance) via special receptors and trigger the controlled stimulation of cytotoxic T cells via an immune cascade.

Why is ApuXan® more effective than other beta-glucan or medicinal mushroom products?

In medicinal mushrooms, beta-glucans are components of the cell wall and thus often integrated into a scaffold of other cell wall components. This can impede immunological recognition by dendritic cells, Langerhans cells or lymphocytes via their respective receptors. Although extracts have a higher beta-glucan concentration, they are still poorly soluble in water and thus difficult to absorb by the body.